One of Remote Year's favorite cities, Cape Town, celebrates the 100th birthday of Nelson Mandela with a special Mandela Day. 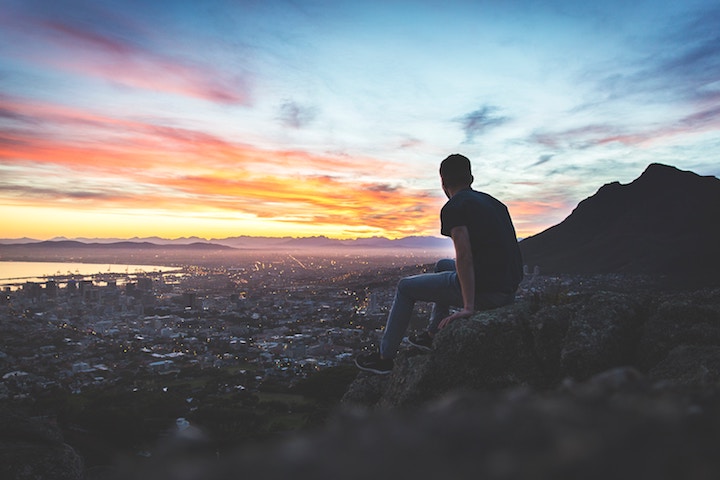 Josh Swart is a Remote Year Experience Manager in Cape Town, South Africa. Experience Managers set up accommodations and workspaces, work with our vendors to resolve any issues, curate unique, local Track™ events, and provide local tips to Remotes (Remote Year participants). Josh was born and raised in Cape Town, and considers himself a man of many passions, including local history and culture. In this piece, he shares his local perspective on Mandela Day.

“Our struggle for freedom and justice was a collective effort, Mandela Day is no different. It is in your hands to create a better world for all who live in it… [Mandela Day] will be a day devoted to service.” - Nelson Mandela

Former South African State President Nelson Mandela was born on 18 July 1918.  This year, Cape Town will celebrate 100 years since his birth with a special Mandela Day. This annual event asks all with a servant's heart to offer 67 minutes of their time to a good cause, whether it be assisting at an animal shelter, cleaning up a park or a beach, or serving in community projects. No matter the size of your efforts, Mandela Day is about changing the world for the better, just as Mandela did.

Mandela was imprisoned on Robben Island (just off the coast of Cape Town) for almost  30 years due to his political activism, or “sabotage”, as the state argued in his sentence. During his incarceration, Mandela furthered his legal studies and went about establishing the foundation for a transition from Apartheid to a Democratic South Africa. He continued to serve those who were oppressed in the best way he could, and this service subsequently led to his liberation. The tone of reconciliation that was maintained by the state, instead of one of revenge, made for a far more peaceful transition than the alternative that was feared by many: a potential civil war.

Mandela celebrated his release from prison in February 1990 in Cape Town where he dedicated his progress to the unity of black people and white people in South Africa. He led the African National Congress (the liberation party) to governance over South Africa, as well as all the negotiations that were a prelude to this amazing feat. It was from the balcony of Cape Town City Hall that Nelson gave his renowned speech as the first black South African President in 1994. He solidified his reputation of being a leading opposition to Apartheid, recognised both locally and internationally.

Why do people do 67 minutes of service on Mandela Day?

Nelson Mandela fought against the injustices in South Africa for 67 years, therefore we are encouraged to spend 67 minutes doing some good during the celebration of his birthday. Although it can be difficult to set aside that much time daily to partake in an act of kindness - we can all set aside one day in the year to do so. But why stop there?

It could so happen that you enjoy “doing good” so much on Mandela Day that you want to do more. Challenge yourself to complete one random act of kindness every day - it can even be done in 67 seconds! Try picking up some trash while on your run or making someone feel good by sending a smile their way. Some might view this as a “band-aid on a bullet wound”, but if we can maintain the momentum of "doing good" on a daily basis , this wave of positivity can build up and leave its lasting mark in this world.

When doing your Mandela Day good deed, share it on social media with the hashtag #MandelaDay and together we can spread the mantra of doing good deeds without expecting anything in return.