Remote Year recently held its 4th Race Across the Nation, encouraging participants to team up and hit the pavement to raise money for local organizations. 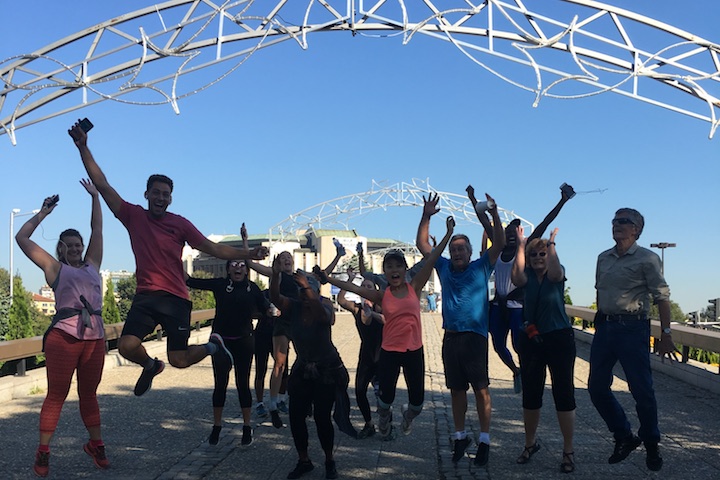 The Remote Nation is often talked about by program. Remote Year participants identify with their itinerary, for example being  part of Remote Year Earhart, Sisu, Shoshin, Battuta, etc., claiming their cohort as a fundamental part of their Remote Year experience. These groups of professionals become extremely close over the course of their time on the road, whether they were a part of a 4-month program or 12-month program, so it’s easy to see why they take pride in their individual communities.

However, there is another way to think about the Remote Nation: in its entirety. The Remote Nation encompasses 40+ programs, with members of varied nationalities, professions, and backgrounds. Each year, these inspiring individuals, including Remote Year Citizens (alumni of Remote Year work and travel programs) and Staff, come together for a few “Nation-wide” events, often in support of a cause that’s near and dear to our hearts.

One of these events, Remote Year’s 4th Race Across the Nation, took place on September 20th, 2018 with more than 200 Remote Year participants taking part in the event.

What is Race Across the Nation?

Race Across the Nation is Remote Year’s largest community-wide competition. Programs compete to see who can run or walk the most miles (during a two-hour window of their choosing) in a single day.

To make the stakes even higher, 25 cents from every mile tallied is donated through the Charity Miles app to the cause of the runner or walker’s choice. Remote Year matches the winning community’s total amount raised to support their chosen local cause or project. In addition to all of that giving, Remote Year also donates to the programs who win the Miles Per Person Award and the Spirit Award to put toward a good cause.

If there’s one thing that rings true throughout the Remote Nation it’s that events like this can get pretty.... competitive. See for yourself:

Don’t leave me hanging… who won?!

Without further ado, the winner of the 4th Race Across the Nation is… Remote Year Shoshin! They walked and ran 190 miles in Sofia, Bulgaria. Well done, Shoshin!

Remote Year Aurora raked in the Miles Per Person Award, Remote Year Kanyini ran away with the Spirit Award, and the Citizens beat the Remote Year Staff by 24 miles. All in all, it was a day filled with community bonding and a focus on fitness, resulting in 1,091 recorded miles and $671 USD raised for local causes.

It’s no secret that the Remote Nation is a competitive community, so we can only imagine what will happen next. Future programs are probably preparing for their chance at the grand prize, groups that didn’t take the top spot are training for their comeback, and Shoshin, Aurora and Kanyini are already dreaming up ways to hold onto their titles. No matter what goes down, the 5th Race Across the Nation is sure to be the best one yet.