What Just Happened? Processing My Year as a Digital Nomad

Janet Rouss is an author, professional speaker, brand engineer and passionate explorer who traveled the world with Remote Year Ikigai. When she is not traveling the world, she is inspiring others to be courageous from her home in Toronto, Canada. 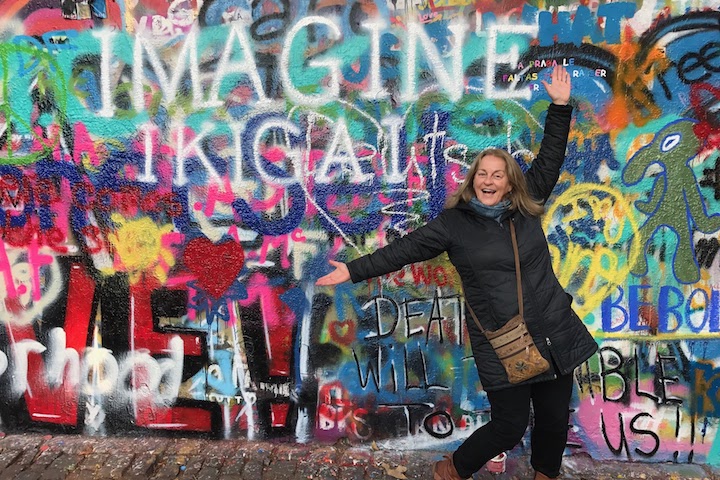 I returned home at the end of July from my adventures with Ikigai, the sixth of Remote Year’s yearlong programs.

Re-entry into the “normal world” after that epic journey was full of mixed emotions, varying degrees of culture shock, and daily reminders of just how much of an impact the experience had on my life.

The recurring question in my mind was, “What just happened?” Seriously.

It was a year of constant travel, unexpected encounters, and endless change. It was a year of exhilarating opportunities, empowering motivation, and successful ventures.

As I settled back into my new old life, there was this uncanny feeling that it was all just a dream. Life back home was full of surreal reconnections with the people and places I knew, but were somehow new again.

It was apparent nobody could relate to my experience. I was grateful for the Remote Year community that understood the culture shock associated with re-entry.

What I Learned From Traveling for a Year

Before I knew it,  it was autumn. I had a speaking gig in South Africa in October and many birthdays to celebrate along the way. Christmas was fast approaching. I still had no earth-shattering ah-has or insights about my yearlong escapades.

One night over dinner, another friend asked me the most famous question of all, “What was your favorite place on Remote Year?” As I did my patterned dive back into memories, I noticed those memories were starting to fade. Like a lens out of focus, the details were getting fuzzy, covered by the new priorities of daily life.

I was shocked at how an intense year of living and working remotely could simply fade away like an old relationship. It was on that cold night in the beginning of December that I started writing.

At first it was just to chronicle my travels. I had no intention of writing a book. It was a fast-paced prose that captured the energy and enthusiasm of the year.

The process of writing revived my memories beyond those daily Facebook reminders. I started writing one chapter for each new city we lived in.

It wasn’t until I got to chapter four that I thought to myself: someone else might like to read this. From my previous experience of writing a book, I know that if you love and care for your writing, others will love it too.

As my writing evolved, a book started to emerge. Over the next four weeks, I wrote with a religious devotion. I gave myself a tight deadline. I had another speaking engagement in Mexico at the beginning of March and I was determined to launch the book at that conference.

As an editorial designer and book publisher myself, the timelines were tight, but doable, as long as I stayed the course.

I committed to writing every day. I captured the entire journey from the moment I  discovered Remote Year to the final flight home. It was a joy to relive the experiences.

The first draft was all from memory. It’s amazing what you can recall once you open up that stream of consciousness. Then with the help of my photo albums, the PolarSteps App, Facebook posts, and other Ikigais’ tales, I cobbled together more details and the remaining pieces.

It wasn’t just the destinations that made the story flow; it was the rapid-fire insights and the deeper understanding of humanity that made the writing more meaningful.

There were many life lessons (or hacks) that stood out and earned their place in the book. Three dominant themes emerged as a consistent reminder of what the journey is all about.

Those three life hacks would eventually become the title of my book.

After countless rounds of editing, designs and publishing platforms,Courage Freedom Happiness – Life Hacks from a Digital Nomad was born at the end of February, less than three months from when I started. Within the first month of release, it became the #1 Bestseller in Business Travel on Amazon.

It wasn’t until after I published and developed my launch talk for We Move Forward, the annual International Women’s Day event in Mexico, that I realized what I had uncovered.

In a flash of insight it occurred to me that courage, freedom, and happiness are our fundamental rights. They are written into the national declaration of human rights in many countries around the world, like America’s Life, Liberty and the Pursuit of Happiness.

For me the three predominant themes of my Remote Year grew out of these fundamental liberties:

A Year of Travel Takes Courage

Let’s face it, a yearlong experience like Remote Year can be intimidating for some people. Many of my friends said it was risky, and (for them) I might agree.

Too little courage can be cowardice; too much courage can be reckless. There is a healthy balance in the middle that each of us needs to find for ourselves.

It takes a certain kind of courage to live the digital nomad life. You’ve got to be comfortable with the uncomfortable to take on this lifestyle. Like most risks, there are downsides, but there are far more, and far greater payoffs.

What I discovered even before I left for Remote Year, is that courage isn’t just the decision to do something risky. Courage is the decision to stick-to-it even when things get tough.

I can’t talk about courage without talking about fear. Committing to constant change, discomfort, and uncertainty will inevitably trigger your amphibian brain. The part of your brain known for the freeze, fight, or flight response. The part of your brain that is hardwired to protect you. Don’t fight it, make friends with it. It stops you from doing foolish things.

Beyond the amphibian brain is your rational mind. The part that does due diligence. The part that makes sure you are relatively safe and prepared to commit to action.

Managing fear is a constant conversation between those two parts of your brain.

Courage is the rational muscle you flex in that conversation.

It takes practice to build up your courage. If you haven’t worked out your courage muscle in a while, it could be a bit limp. Take baby steps. Being foolhardy in the beginning may set you back, so be gentle with yourself to overcome fear. Everything you do that stretches your comfort zone builds that courage muscle. Use it. Don’t lose it.

Freedom is not Completely Untethered

Freedom is closely related to courage. It takes courage to give yourself permission to have the freedom to live the life you imagine. So often our fears keep up us bound tightly to things that no longer serve us.

Freedom is a relative term. As with most things in life, freedom has polarities. Freedom requires tension that pulls you in opposite directions. Without that tension, it’s impossible to experience real freedom.

Even the wild abandon of unimaginable, total, and complete freedom has its restrictions. I write more about this concept in my book, because that is what I discovered about freedom in life and on Remote Year.

Freedom for you is your spot along a scale; where one end is completely bound by internal and external forces, and the other end is absolute freedom. It all comes down to how much courage you have to slide up that scale.

Remember freedom is your human right. So it’s your right to live your life. You be you.

Happiness is a Choice

There were a few times during the year when I seriously considered going home, mostly after a couple of family emergencies that left me feeling very isolated and disconnected.

It was in those moments of extreme sadness, loss, and general malaise that I was reminded of this very important life lesson.

Happiness is a choice. At any moment of any day we can choose how we want to feel. I’m not suggesting you ignore your feelings or be all Pollyanna. It’s about not dwelling in the drama that life throws at you.

Feel the feeling and move on.

I had my happiest sad moment inMedellín, Colombia, one of my favorite months, but also one of my most challenging. I hit a major low due to those issues back home. I felt like I was abandoning my family, that I was being completely selfish, and indulging in a lifestyle that I somehow didn’t deserve to be happy about.

It’s funny to be talking about negative emotions under the topic of happiness. I do this to prove the point. It doesn’t matter where you are sitting on the emotional spectrum - you can always choose happiness.

It’s scientifically proven that your mind doesn’t know the difference between a real or fake smile. So fake it until you make yourself happy. It’s nobody else’s job. You have complete control and responsibility for your own happiness.

The day I was at my lowest low, my Ikigais and gals helped to catapult me to the top of a mountain. Literally. That’s where I got to paraglide for the first time in my life.

That was happiness on steroids. My adrenaline peaked and you couldn’t peel the smile off my face.

There were many other times throughout that year, and in life, that I had to fake a smile. I guarantee that it works every time. Happiness is at the core of our human experience. You don’t find happiness, you create it.

It all became clear at the end of Remote Year. What  a fabulous way to experience the world - countries, cultures and connections. The program met my needs as a digital nomad. But more importantly, it exceeded my expectations from a human perspective. Writing the book revealed major life lessons and reminded me that no matter where I am in the world I will always have my Ikigais. I’ve dedicated my book to them.

Janet Rouss recently released her book, Courage Freedom Happiness – Life Hacks from a Digital Nomad, which you can find on Amazon.